However, some of them stood still at their jobs, a tall one brought a grubber up and down against the soil. A second later, called by some other villagers, the workers joined the crowd around Champagne and Ernest, the tall one viewing them much easily. We need to finish these works and help the rest of the island! Ernest took a deep breath in anticipation. Talking to locals was a lot harder than he thought it would be. For a considerable period of time, Ernest had simply been doing his job as he was told to do, no questions asked. But, the conquering of this island was not something he could decide arbitrarily.

After all, this was the home of so many people. Clenching his fist, not in irritation, but as a means to calm his nerves, Ernest's thoughts buzzed around, " What will I do if I fail..? In doing so, we would like to grant you independence from the Pirates. However, this island will soon become a warzone.

As Marines, we do not desire to fight against the wishes of the public. So, I ask of you Ernest's voice was shaking as he spoke.

This was a conversation he was not accustomed to having. Actually talking to the general public, and hearing their opinion Either way, Ernest prepared for the worst. With a lick of his lips, Champagne brought his hands together, "You, you stopped to check us over and took our condition into consideration, Sir.

Thank you," He bowed slighty, with most of the villagers following with the same action. They help us, we help them. He had baggy clothes and a silver clothing surrounding his face, eyes covered with some sort of sunglasses while his hair had been covered with another silver cloth. Then, it quickly travelled towards the Villagers, covering all of them and prompting them to begin running. Everyone tried to protest, but, surrounded by such energy, they vanished into the forests of that section. The energy that this man emitted was powerful.

Ernest shifted from surrendering to bracing himself for impact. He was astonished, but more than that, irritated. His scanners could not pick up on such power so close to him? He let his guard down thinking that solely villagers lived here.

The nature of this energy was peculiar, but he could not identify him immediately. You're a Monk Pirate, aren't you? The portable Den Den Mushi hidden within him was recording the entire conversation, so no doubt his allies would recognize the urgency of the situation. At the same time, Ernest began to utilize his scanners against this unknown threat. The physical parameters he possessed were tremendous, and matched those who stood among the elites in the New World; in other words, Ernest was in for a fight for his life.

His figure shrunk and then disappeared into the distance as a small blue star. However, a second later some dust path could be seen on the wall, rising across its surface. Boom, mid-way through the wall something exploded and it was then that Ernest would be capable of briefly seeing something mid-flight. Another explosion occured, plants and dust flew in all directions, while a blue aura came from the center.

His arms wide open as he took a few steps towards Ernest, "I greet you!!! It was of the same nature as the energy he sensed before, and so Ernest understood the situation near-immediately. This buzzing town was beginning to be reduced into rubble due to the Pirate standing before him, but he applauded the man on not massacring all the citizens instantly. And I have been caught in my ploy. Now what do you want to do with me, "Payback" Parker?

Will you demolish me, like the scores of Marine battleships you have destroyed singlehandedly? The figure before him was not one to be underestimated by any means. He was an elite member of a Yonko's crew. Not to mention, among the Marines, he was characterized by the sheer destruction he left after every collision: a truly dangerous foe. Your act was genuine Very well," Parker pushed up his glasses with a finger, letting a single sigh pass through his lips, "Maybe I shall!

They do say a Pacifista is worth a single warship! Without another breath, blue energy flared, Parker's mouth was wide and his body pushed through the area. With the first step taken, that same energy sipped into the earth itself, unnannounced, only visible by the slight ascension of rocks as it travels as if it were a beam to reach Ernest's feet.


Despite explicitly saying a technique's name, it was clear that this wind razor carried no blue energy, though a normal eye wouldn't have time to pay attention. Should Ernest get caught by the energy from below, his body would find itself not responding to his commands briefly, leaving him open for the attack. But I'm not going to be slowed down by that!

In the next moment, Ernest channeled a luminous, gold energy throughout his body, channeling it towards his right foot, and stomped on the ground with incredible force. But that stomp did not occur just once. Ten times , in the same instant, that was how many times he stepped on the ground. The energy transmitted into the ground, and suddenly, the ground itself erupted with a pillar of light, while Ernest disappeared from its place. This was one of the major achievements Ernest had recently achieved with his cybernetic body: perfect fusion of the Rokushiki with his punkfuel armaments.

In this moment, he had utilized Soru, not only to maneuver himself out of the way, but to dissipate the energy that Parker had sent to the ground. 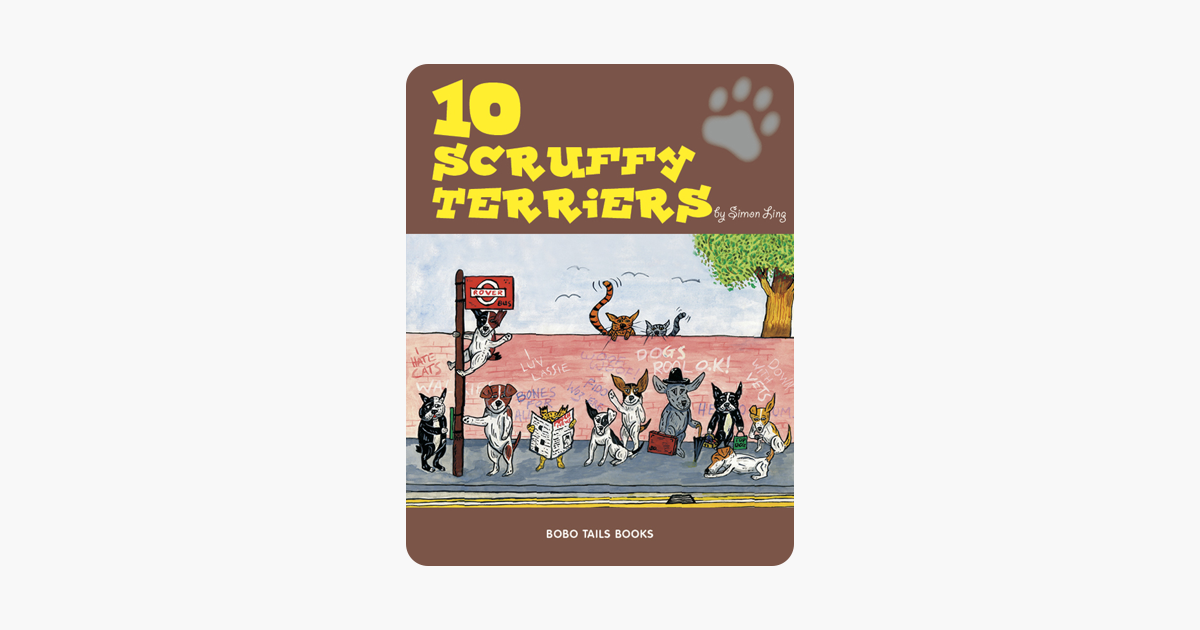 The ground began to rise and flux as the two sources of energy clashed, causing ripples that broke every form of stable footing available to the two combatants. In the next moment, Ernest appeared, flying in the air, to clash with Parker's attack with a downwards sweeping kick directed towards Parker's fist from his left leg. The clash lasted momentarily, causing the air to screech, but the purpose of Ernest's attack was not to compete with Parker in brute force. The clash continued, and Parker's strength managed to keep the edge over Ernest's mechanical limbs, but not for much longer.

For a moment, Ernest's body slipped away from the confrontation without any impact to itself, with much thanks to the Kami-e skill. While slipping, he placed his left leg underneath Parker's exposed arm, with the intent of dislodging it momentarily from Parker's control with an upwards kick. At the same time, using his free leg, Ernest jet forward even closer towards Parker with a diving kick.

Ernest's right leg had an icy mist that wrapped around it, which, upon impact, would wrap Parker's body and hopefully freeze him nigh-instantaneously, forcing Parker's body to retain the full brunt of Ernest's strength. Upon their clash, it was just like anyone would expect, their forms rippled and everything around quaked.

Parker himself simply did not stop paying attention to Ernest's assault, though, he found himself with his mouth wide open once the Marine proceeded to shift under his own attack. Air and pressure went to get pushed towards the entire area where Ernest stood before, pratically missing their target and blowing the scenario away.

At that moment, his free arm had, too, shot forward, in the hopes of intercepting Ernest's kick without even seeing it. Surely enough, even if their forces were to be equal, the resulting impact would send both flying in opposite directions. Should Parker have not used that attack, for sure, the freezing would have reached the rest of his body in seconds. It limited the reach, even if briefly, due to the impact. However, then, it was starting to travel down his forearm and elbow, "Huh?! NGHH," Without waiting for another second, energy flared from his being and into his arm, from the inside to outside, breaking apart the sheet of ice that sought to consume him.

Indeed, by shifting motion and vibration into the ice, Parker could effectively interrupt it, though his arm was paler than normal then. Before he would smash through buildings and further injure himself, Ernest managed to dull the impact through utilizing intense flames from the flame shooters on his feet. However, it was not being blown aback by the impact that bothered Ernest, but it was the nature of the counterattack.

T-then how?! He stared at Parker keenly, attempting to gauge every portion of him. However, he was unaware of the details on his Devil Fruit, for they had never been unveiled completely to the Marines, so it was difficult to find a concrete solution to this problem.

The amount of finesse that requires far surpasses a human's lifetime I have to find that out, or I'll never defeat him! Ernest stayed back for his next attacks. He couldn't afford to be swept up by Parker's power without fully understanding it. Ernest instead gathered force within his arm, and made a single punch towards Parker. The pressure behind the punch zoomed outward, and was in-fact an application of the Marines' fabled Shigan technique transformed into a bullet-like punch.

The punch was made purely to gauge the nature of Parker's Devil Fruit, but behind it was enough force that the wind parted in its presence, reaching Parker at incredible speeds. No, a cannon shot. Until, it just stopped. A fierce-eyed Parker smiled into Ernest's direction, saliva leaking from the corners of his mouth, having a shade of red. His eyes, too, went red, "Yours was not correct, your punishment for that is Using the air itself and his own strength, Parker could recreate projectiles directed by his kinetic force and haki. Some of the punches even entered the ground, making the earth bend and shape as it was ruptured apart.

Much like Ernest's single one, they crossed the distance between them in two blinks, though, they didn't fly in a straight line like his, being numerous. In fact, some of them would probably not even land, instead, causing explosions through trees or the ground again. Punches of earth, courtesy of the ones going underground, also erupted through the landscape around Ernest, though, they hit none of the houses. The sheer speed and force behind the attack was incomparable to anything Ernest had analyzed before, but he had no time to admire it.

Being in an aerial position, Ernest was comfortably able to avoid the attacks from the ground, but those on the air were a threat.